looking for faders for volume and other…actions…ideas?

EDIT:offsets can be used but I would need lots…
something like 8 faders

Check out this thread: 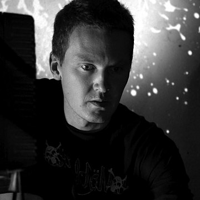 count me in, happy to build myself. stoked that it’ll do both midi & cv

As @Unity2k - there is a project brewing on the Lines forum which would have 16 faders. In the meantime, your options would be using something like:

In addition I would checkout the Interface thread:

Hi! I'm interested in hearing what people use to control the ER-301. Looking at the module, I'd imagine I'd want offsets – sliders and knobs, probably tactile gate sources, too. That's not the whole story, of course – a sequencer is nice :slight_smile: But I'm specifically interested in creating an interface for the ER-301 here. A couple of ideas: Soundmachines LS1 Soundmachines LP1 Joystick modules (Ladik, Doepfer, Intellijel, Flight of Harmony(Discontinued) Ladik modules, like the U-08…

thanks @Unity2k and @jonny , i’ll have a look today…