Atm i´m building me a Hyperglitch/Grain Instrument wich i can (hopefully after a lot of praticing) play with the 16n without using a sequenzer.
I prepae me some Buffers and scrupp thru them to create rythmic patterns and melodies.
So far so good. I really love the time out stretch Audio stuff and was wondering if its possible to use the FFT Spectral Stretch method inside the ER 301.
So i dont know how much cpu power needed to create something like that. Sadly im not a Coder or have the Time to get in to that deep chapter.
Found something in Supercollider → FFT Overview | SuperCollider 3.12.2 Help
I know it is different to the Er 301 language but so you have an idea what i mean.
Would be happy to get some informations or ideas how or if its possible to realize in the Er 301.
Thanks a lot

Looks like most implementations of this technique are variations of a phase vocoder algorithm - like PaulStretch/PaulXStretch or this Spectral Stretch device for Max for Live.

The author of that device published a paper describing some of his techniques to adapt the algorithm to a live setting here which he describes as “Stochastic Re-synthesis from a recorded sonogram” in his notes here.

nw2s wrote some notes about doing this in a DSP module as well, although it seems that never came to fruition. Finally, here is a very useful forum post that contains links to many modern implementations and their algorithmic underpinnings.

In short, it does seem very possible to do on the ER-301, but it would no doubt require careful selection of the algorithm and implementation details for real-time operation as well as the specific use cases desired, and finally for the performance constraints of the unit’s hardware.

Okay cool! Very interesting information. Maybe I will take that as a challenge to realize.

the greatest fft effects i know of are the free soundmagic spectral plugins by michael norris. since many years i hope that something like it will appear in a format i could adapt for a eurorack module, bela salt or the new rebeltech genius…
this one sounds amazing: 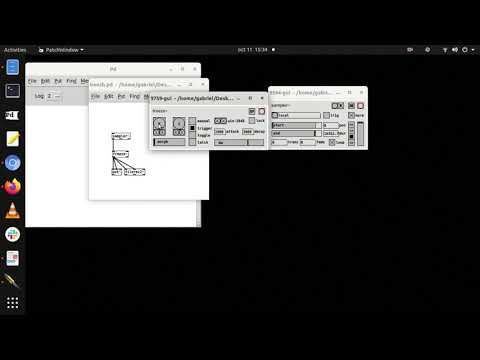 but i’m so stupid when it comes to coding etc i can’t figure it out how to change the patch from a pd extended to a pd vanilla patch. which is required for all the modules with pd support i believe.

Do you already own an ER-301? If so I don’t think you need any extra hardware to run these types of algorithms, as long as the right performance tuning is done. But it seems Michael Norris has not open sourced his Soundmagic plugins, so that would be a prerequisite.

sadly the norris plugins aren’t open source. i own the er301 since many years and of course it would be awesome to run fft processes on it. the amount of cpu needed for a useful window size is crazy though, even my laptop struggles with some soundmagic plugins! anyway i clearly don’t know anything about this so i just wanted to link to my favorite plugins;)

I think that the ER-301 can probably do some of this processing. I don’t think the Bela Salt or the Rebeltech Genius will do it any faster though. The Salt has the same processor and the Genius has an M7 processor which according to this extremely awesome slide deck about DSP programming and testing will be probably 1/3 to 1/2 as fast as the ER-301.