guys, i have bought an usb dual footswitch on amazon some months ago because it is an HID device and i thought it would work exactly as a usb mouse with the fh-1, i seriously needed a pedal interface for when i play flute and want to loop\process it with the 301.
it didn’t work out of the box. i asked Os from Expert Sleepers if he could add support for it. he kindly bought the same footswitch and some days ago finally did the trick for the fh-2. initially the fh-1 support wasn’t thought to happen but he found a way to support it too so now i have a dual foot control of the 301!!! it work wonders!!!
i don’t know when he will release it as a proper firmware but meanwhile if some of you wants to test it i can share it. just ask via pm.
you also need to add a really simple custom script which i have done in 1 minute (2 lines script) to put the HID outputs on the first 8 outs and not on their default outs (last 2 outs of the first expander). i can provide that too.

really happy, my ambient live sets will be much much better now!!! my modular rig is almost perfect, if only i hadn’t fallen in love with the just friends… but this is another story

Nice!
I discovered today that i can use a simple cheapo passive sustain pedal as trig source on the 301. The signal is super low, but when attenuated boosted enough it works. Awesome! I did not expect that…

wow! didn’t know that.
when you say attenuated you mean boosted?

/edit
I was super suprised… the drawback is that you don’t get visual feedback, as with e.g a monome walk (which i have but did not fit the 60hp minicase).

my footswitch neither gives visual feedback, but the fh-1 does, pretty useful. blue for negative,red for positive, varibright.

i have some of those sustain pedals laying around. awesome.

i knew the 301 boosted line to modular but i hadn’t thought of this angle!!!

Nice! What footswitch is this?
Thanks
a

mine is the Scythe dual usb footswitch. this one: 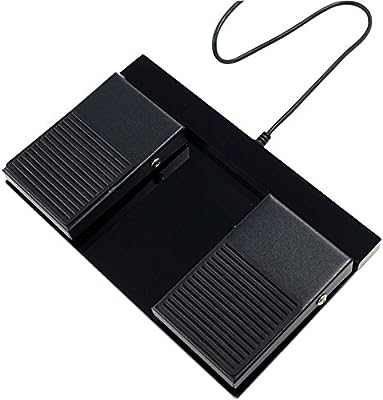 the price was a bit lower when i bought it some months ago (about 30 euros).

Monome walk is another option for pedals

of course but this is a very cheap and versatile one and also always available.

Cool! I’ve been wanting to have foot control for looping for a while now but thought I needed to invest with HP’s and money and so forth. You can get passive sustain pedals for 15 bucks!

Does it send MIDI? Or only keystrokes?

it is a usb HID device, like a mouse so it sends the same messages as a usb mouse.
it has a windows only editor which you can use to change the sent messages (keyboard keys).
in fact it was not supported natively by the fh-1, i kindly asked to OS if he could do a firmware update, he did officially for the fh-2 and then later on he found out that it wasnt hard to do for the fh-1 as well, i don’t know if it is included in the actual official fh-1 firmware but if you need just drop me a pm and i’ll send you the custom fw he sent me.
then you have to use the script or web based editor to tell your fh-1 where you want the left and right switches to output, they are by default mapped to two of the outs on the first expander, i assigned them to outs 7 and 8 of the main module. very happy with this solution!
if you need further infos just ask.