hello people! building on the concept of clappa! ( Clappa! realtime clap maker :) ) i designed kicka! and hatta!
but there’s more!
now all the units of the drumma! collection have one feature that has the same controls on all units: they feature an internal, clock-quantized loop recorder. it is based on the pedal looper. you feed them a clock and a gate input and they record sequences of gates that you can perform realtime (tapping manually or using an external controller or gate sequencer). obviously each unit will have its own independent length, perfect for immediate polyrhythms!
each unit then have unique sound design features.
lets explore the
common controls:

lets explore now the unique controls of each unit:

i’m working on a 4th unit (breaka! for sliced breakbeats) but i still have to refine it to feel comfortable in sharing it.

check this out: (ATTENTION: new version, i found a bug and fixed it)
drumma!fix.zip (9.6 KB)

Wow, you’ve been busy! Looking forward to checking this out.

So does the clock quantize the gate somehow? I.e. if I feed it a 16th note clock, and then start manually tripping the gate, will it correct my timing to the nearest 16th note?

exactly Joe. i decided to let it always on vs having an on\off switch. the reason is you can feed it a very fast clock (audio rate?) to have nearly infinite resolution

Rad! Look forward to trying this! Thanks for the efforts and share

This looks very interesting especially the loop recorder performance aspect. Will check it out tomorrow. I want to build something with Joes motion sensor

thanks @PTH and @mudlogger
ATTENTION:
i found a bug (stopclear not assigned in clappa!) so i fixed it and reuploaded, please download new version!

check this out: (ATTENTION: new version, i found a bug and fixed it)
drumma!fix.zip (9.6 KB)

Very cool units, @hyena, nice work. I like the hatta! sound a lot. Clappa! was a little glitchy somehow? I will test some more and make a video if I can’t find the sweet spots.

The position of the quantizer is interesting. I started changing the clock speed and noticed it didn’t affect the recorded CV, and then I saw the incoming CV is quantized before the looper, and not after. This opens up strange possibilities with different clocks in one beat. But it might also be interesting to quantize after the CV playback, so you can change the drum hits in one wiggle when changing the clock speed. By the way, did you wire up the controls of the loopers to the top layer controls? I somehow had to go inside the subchains and fire them from there because the punch control didn’t work…?

yes i did! well, im starting thinking there’s a bug in custom units behaviour because i had to re link one control but i thought it was my mistake…
gonna check them and report!!!
thanks for all the feedback and your idea of a post quantize is really interesting!

hmmm, strange.
at the moment i’m not able to replicate the bug you found.
on my 301 they all load up perfectly now. the CU controls are normally assigned to record\stop etc…

@Bparticle! the idea of post quantize is indeed much much better! i’ll do further tests and then reup them! thanks for your cooperation!!! <3

this time i moved the quantization post looper, and played realtime with the clock divider\multiplier (tempi). i’m almost sure it is better to move it!

Excellent, thank you @hyena I look forward to finding the time to try this out!

super awesome! made this stupid thingy in no time:

all sounds from drumma!

great, thank you very much,

i am really looking forward to the Breaka! Unit…love Breaks, Breakcore

me too!!! breakcore was my real first love and i never completely left it. (my next record will be a breakcore\abstract speedcore\industrial ambient 12" i have to finish last track damn!!!)

yes!
first, i am part of a label\collective of musicians, called rexistenz: 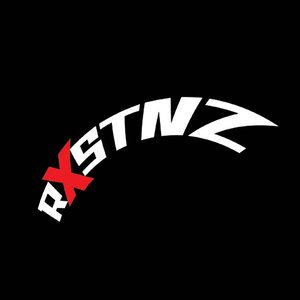 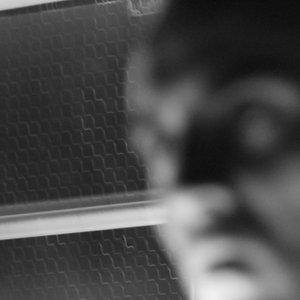 and here’s my discogs, i have some records out on various labels. this is not 100% complete but almost: