When the sequencer rules…

Remixed 2018/10/24 [The originally posted mix was crap. Done too soon after recording.}

I started a new YouTube Channel last week and uploaded my first video. The Er-101 is the absolute star of this clip (maybe besides my Studer tape machine

). I used the MATH random function a few times, which can be seen quite good.

Oh Death mysterious. Lamentation for one who touched so many lives.

ER-101 is key but obfuscated; clocked by EOF of Falistri triggered by Sapel.

The second piece for Mike.

May as well throw my hat into the ring here. This is a performance I did for our Denver local “open mic” synth night called Freq Boutique:

I don’t remember full specifics, but I was using a custom index on Channel 1 CV B to control the chord output on a WMD Triad controlling both VCOs on Hertz Donut Mk3. CV A was mirrored between a Noise Engineering BIA and WMD Spectrum VCO. There are some runs on the Spectrum VCO that play a previously recorded CV sequence that I had recorded on the ER-102 from the WMD Arpitecht. (I have a custom index created for the Arpitecht, but the sequence was generated from a random stepped voltage elsewhere and I wanted repeatability.) Channels 2, 3, and 4 were controlling a Steady State Fate Entity Bass Drum Synth Voice, which was also being used as a filter here and there, and WMD Fracture and Chimera. Some other routing things going on, but this was 2.5 months ago, so naturally the rack has changed and details are fuzzy.

I just caught this thread, a few months after putting this piece together.
A bit of traditional Christmas music…some notes are in the video link.

First gig with ER301 and friends. ER301 worked well. The thing that be great to add - it’s opportunity to see track position (Card Player and other) on the Mixer view (top level).

Don’t know why 2 videos embedded only as a link and image instead of first video.

I made a fun Patch with the Er 101 and four quantizers, the Doepfer Matrix mixer acts as mixer for the different sequences, hope you like the result, it´s pretty hypnotic…

This piece began with ER-101/102. The recorded performance has 10 Parts triggered by hand in unplanned order. The Vector Sequencer and Metron were also brought into play manually. 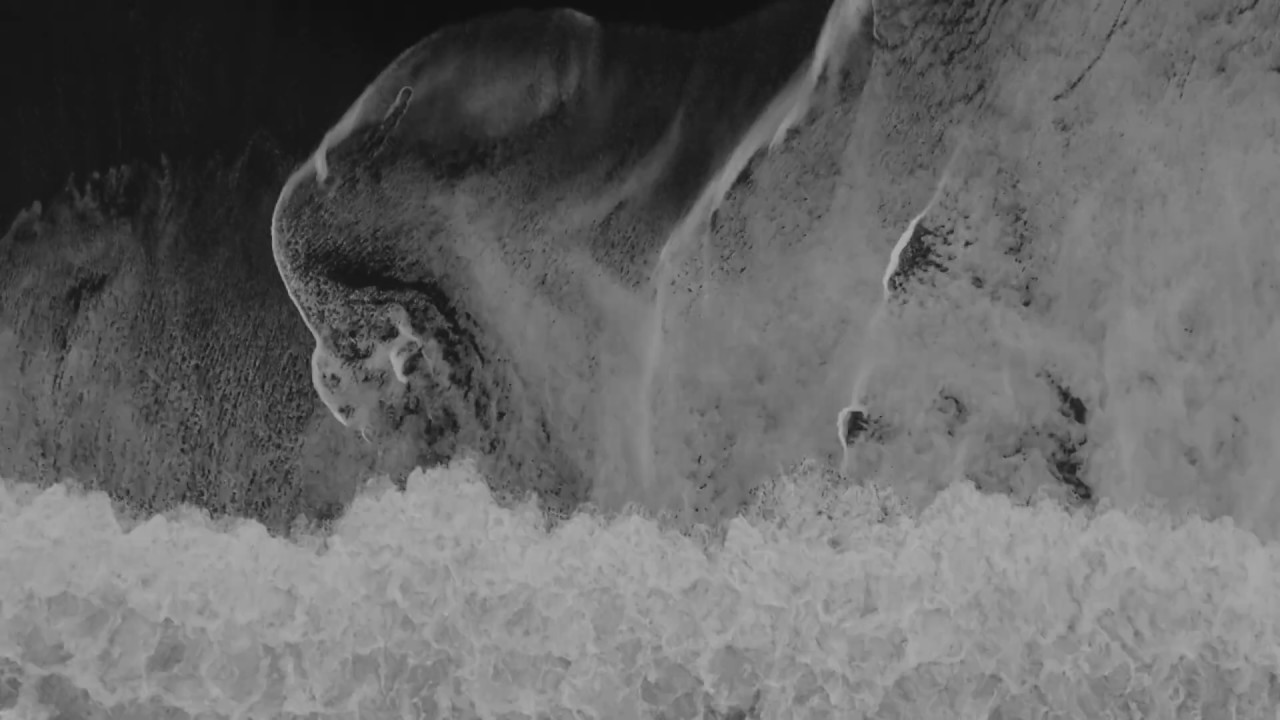 I submitted a video for a 3 module challenge primarily using ER-101/102 to generate chords, do some self sequencing, and add some randomization to the chords. 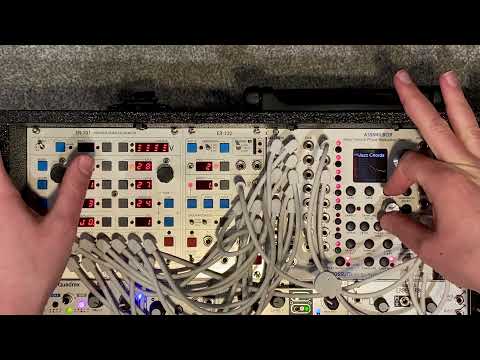 Pre release of upcoming album on Friday! A lot of er-301 in there 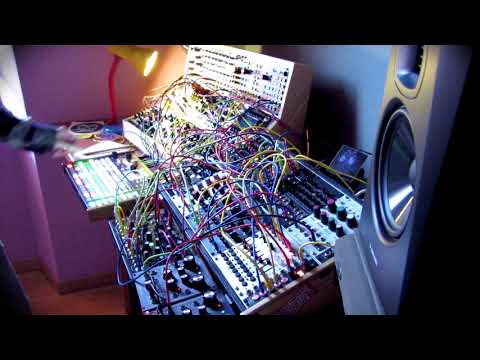 All Sequencing was on done on the ER-101 which was triggering and sending pitch voltage to the Er-301.
ALM Px2 was sending the x24 clock out to clock the ER-101.
Pams workout was used as random voltage, trigger source and master clock.

I also used the A-150 to switch between two drum sounds. I had two drum sources that were coming from the ER-301, one going into IO 1 another into IO 2. I used a random trigger from Pams to switch between the drum sounds. That trigger was first sent into a channel of the S-185 Gatsby. I used the Gatsby to manually switch between the sounds using the potentiometer. If I turned the Knob clockwise it allowed the trigger to open up the switch. Depending on how far I turned the knob was how long it allowed the other drum to play from IO 2.

I used the Instruo tanh[3] as a wave shaper and overdrive source for the drums and synth sounds.

All percussion sounds were recorded from various objects around my area and then chopped and manipulated in the ER-301.

With these sessions I was experimenting with sequencing drums and pitch voltage on the Er-101. I played around with the loop points of each pattern to create drums and melodies that were alive and constantly evolving. I also used the Maths function on the ER-101 to add randomized melodies and drum patterns as well. This was useful for improvisation for when I can copy a pattern and hit the Maths button to see what pattern gets created. if the pattern was not to my liking I could tap it again to see what it creates. This gives the pattern a sense of someone jamming out and tinkering with the instrument until something awesome happens

This is a really fresh vibe. Amazing control of the 101 and 301, in particular the Maths taps. You play like Antonio Sanchez, very very cool👋