I’m out of town for the week and currently on the Oregon coast in Lincoln City to check out the total solar eclipse. Any North American forum-goers looking to the sky today? Where at, and how are the festivities?

Hope all who are able get a good show tomorrow. Yay, multiverse! 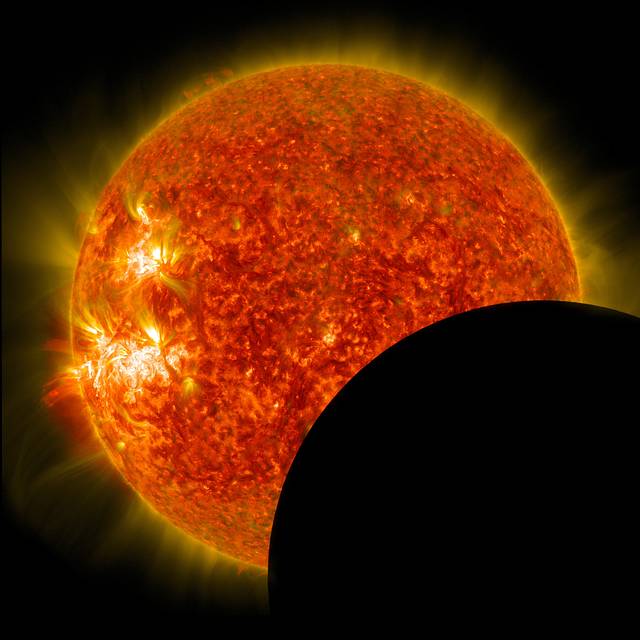 NASA covers the August 21 solar eclipse live from coast to coast, from unique vantage points on the ground and from aircraft and spacecraft, including the International Space Station.

only 75% coverage in Toronto

Though the intensity of ocean fog grew as the eclipse progressed, the totality was incredible! No stars, but enough light was scattered that we were able to watch with sunglasses for most of it.

You aren’t supposed to watch with sunglasses.

Well, cloud and sunglasses will mitigate a little of the damaging rays, but yeah - generally not a good idea!

Even if there are no signs of damage right away it can have effects that appear long term.

I am not a medical doctor, just recounting advice I was given

I tried to see the solar eclipse in 1999, I was in India and I travelled for three days solid to get to the path of totality… I’d love to be able to say it was amazing, but it was crap, total cloud out. it just went a bit dark hehe

I’d love to witness one properly, but I’ll be 119 the next time one hits the UK and I might not be able to see that well or get around that much by then!

It was fairly unimpressive here where I live. Guess I’m not in the sweet spot for the “total” angle.

I’m not sure what density of fog is necessary for “safe” viewing, but it was dense enough here that it was almost a deal-breaker. We had multiple types of approved solar-viewing glasses as well, but each produced a different result, some not allowing any light through due to the decrease in luminosity from the conditions. Talk about an industry which needs to get on some sort of standard

Did anyone get any cool shots in the US where there was full coverage?

I tried will my DSLR and even at ISO50 / F45 and 8000th of a second… that fireball was too bright to get a sharp shot! The sun looked more like Totoro’s Belly Fur, because it wasn’t a Toto-Eclipse in Toronto!

However, when I opened the F stop ever so slightly, the sun looked full with some pretty rad eclipse-shaped Lens Flare.

Haven’t seen anything from friends yet but I saw some pretty rad (non-totality) images on @MFischer 's instagram and I’d love to know what materials were involved.

A friend of mine used a strainer and got some crazy stuff too!

Yay Totoro!!! I love that animation - and particularly like Cat Bus!!

Here is a photo I snapped of the sidewalk under a tree in Seattle at about 93% totality.
Reminds me of Vija Celmins ocean surface drawing.

Wow - it looks like it should be the Pacific

I highly reccomend doing what ever you can to get in the path of a totality. Sobering psychedelic.

The fog coverage where I was made the totality super eerie and awesome in its own way, but I would’ve loved to have seen a clear view like this. Buenos Aires 2019!

Im excited for 2019 as well! Eclipses are amazing in that no matter the weather it will be very worthwhile event. I bet the clouds around your horizon looked pretty cool! We had some smoke south of us and we got a pretty amazing sunset-looking sky.

The little bit of me that was disheartened by the conditions (which wasn’t very much) was really looking forward to seeing the stars come out.

Also - did anybody who saw totality experience any body-clock related effects?