The Loudness Wars... are over?

Started in the Wiki Documentation thread, I thought this was worth moving to it’s own space.

One thing I frequently use a limiter for outside of the ER-301 is increasing perceived loudness. I will often do this in a DAW by putting a limiter on the master track, setting the limit param (not avail on 301) to around -0.1 dB, and then increasing the input gain, just to get the perceived volume of the track up to be comparable with professionally produced/mastered music (at the cost of squashing some dynamics).

I heard recently that the loudness wars are abating and everyone chilling out a bit because they realised it can sound terrible!

Anyone know if this is true?

I was under the impression that the Loudness Wars were over, and Loudness won.

It would actually be great to see the pendulum swing back the other way.

Hehe that made me laugh out loud

I just found this:

“…you also now have the option to employ musical dynamics without worrying about the CD ‘not being loud enough’.”

I skim read it at first to make sure it was the right thing I was looking for and now reading properly, have to say I wasn’t aware of these latest developments and it’s essential reading.

It’ll take awhile for it to dissipate as that slammed sound is part of the framework of modern pop, just like overtuned vocals.

Thankfully film music has never had that issue and is insanely dynamic.

TV is still still more like pop. At one point the dynamic range was something like 8db or so! So, I literally had change how I write. To turn something up, you have to add more orchestration so the music is perceived to build or get louder, but levelwise pretty much unchanged. Weird.

One of my favourite pieces of music of recent years is the sound track to the film Arrival - stunning!

Robert Lowe is a major contributor and modular is used, it’s well worth checking out, both the film and the sound track.

One of the few instances of pizz strings outside the lame world of romcoms that sounds amazing!

Since I inadvertently started this topic, I feel like I need to caveat a bit.

I will engage in this type of perceived volume boost production/mastering up to a point to where my dynamics are not completely ruined and my recording sounds 75-80% as loud as every other modern commercially produced track, rather than 40-50% as loud. That way when the 9 people I can persuade to listen to my track hear it, they don’t wonder what is wrong with me and my recording.

The technology discussed in the SoS article sounds great and it will be awesome when producers “get the memo”. I agree with Neil though - I think it will take a while - it’s so deeply ingrained. When I turn on the local FM rock station (which is rarely), ignoring whether I like the artist/song they’re playing, what I usually hear is damn near un-listenable. It just sounds like a big wall of aural punishment.

Yes: Arrival soundtrack is awesome.
So is the movie, actually.

Haven’t seen arrival yet but now I’m excited to! This topic makes me think of instances in which orchestral music is treated noticeably in post e.g. John Luther Adams “Become Ocean” - an incredibly dynamic piece, yet something as delicate as a single harp line remains audible when the entire orchestra is at full tilt.

what I usually hear is damn near un-listenable. It just sounds like a big wall of aural punishment.

Oh yeah - not only are radio stations usually pushing MP3’s, they’re the mastered slammed versions that get pushed through another L2 style limiter to make the station sound loud AND THEN there’s the broadcast hard limiters so they don’t over modulate the signal to the transmission gear. 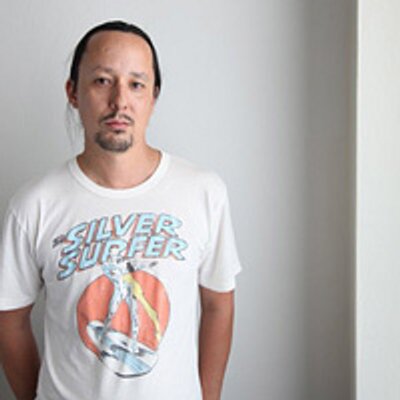 Yet nobody cares. I’m siding with the shrug emoji further down this thread.

Bad & Boujee grabbed me even on first release day listen, before the marketing had done the marketing. If it’s clipping but doing it for the culture I could not be less concerned. It is not as much a misconception of sound and physics as it is a means of expression.

Brickwall or ungainely low gains - why don’t we have both?

Thats interesting, I listened and was expecting it to sound terrible, but it sounded ok, I mean I was just listening on my macbook, but still… I’m not sure I understand what’s happening here, because if it clips so much surely it should just totally disintegrate into digital noise?

There are like whole different categories of loudness offenders… the whole industry deserves a fart in the face for the general squashedness of music for the last 20+ years but there’s a special place in Hell for the “digital clipping means it’s REALLY LOUD” crew.

There are great albums, like for example Iggy Pop’s Raw Power, that have been remastered so badly that they are not even music any more, and incredibly poor artist choices in “first-time” mastering like Sleater-Kinney’s The Woods and many many others. I really hope we get back to a place where it’s recognized that digital clipping on a recording may have a place as an “effect” but if it happens on every fricking guitar chord and kick drum beat you are just doing it wrong.

Haven’t heard The Woods in a while but I remember liking that one at the time. Any spots in particular, or overall production?

those clip counters can be a little misleading though. I mean, a lopped off waveform ends up being sorta square wavey - so depending on the application it still sounds great! I need my Nintendo odd harmonic Fix!

I feel like we’re conditioned to love distortion though… as guitar distortion and all the distorted vocals from the 50-60’s era Motown sound awesome! More of a saturation than hard clip, but there’s some terrible sounding transistor guitar distortion on some beatles records that somehow work.

My prof told us a story once… where someone attempted to make a purist rock record using no compressors… and it ended up sounding terrible! hahah!

You can still have tons of distortion and clipping, but with dynamic range. That’s all that’s missing these days.

To my ears, it’s throughout the album. I’m a fan of the band and they are free to make whatever artistic choices make them happy, this is just one choice that makes listening to the album unpleasant IMO.

One of my favourite albums is BadMotorFinger by SoundGarden - it sounds really great!

I’ve known this since I first heard it, way back when I was just beginning with synths and making music, I’d be interested to hear other peoples opinions if they can stand it, I guess it’s not to everyones taste hehe

edit, that would have been vinyl haha!