It is time to start development on v0.7 of the ER-301 firmware. The theme for this release is:

In the past, I would only start making public (unstable/development) releases towards the end of the development effort. This time I have decided to make the process public from the beginning.

Project planning and tracking will be done publicly over on Github:

There you can see the (tentative) list of issues and features that are slated for this release along with their status (MAYBE, TODO, IN-PROGRESS, DONE). Feel free to suggest more. Feature requests that are compatible with the theme for v0.7 are more likely to be accepted.

You can download and install the development release from here: 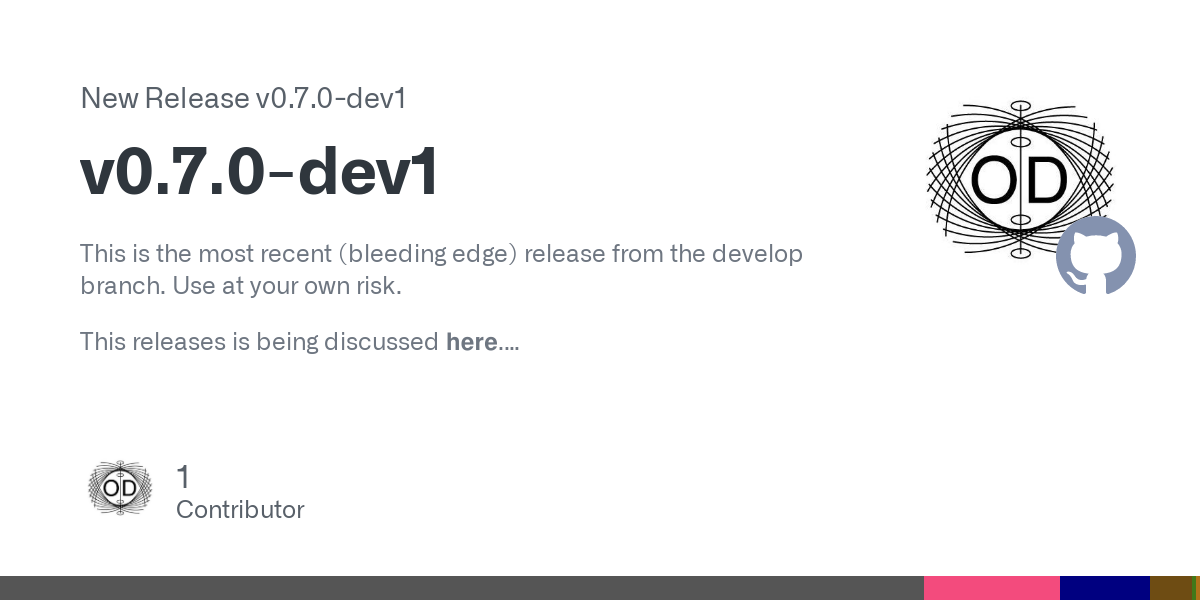 This is the most recent (bleeding edge) release from the develop branch. Use at your own risk. This releases is being discussed here. CHANGES ENHANCE: Unit Header Menu > Replace grid lines by bev...

The usual disclaimers for a bleeding edge release apply here!

Please report problems here in this thread or submit an issue. Include any details that you think will help me reproduce the problem.

Any chance of af fix of “the old issue with glitches when playhead crosses recordhead” when playing and recording from/to the same buffer?

I can provide more detail + links where it’s discussed on the forum, but I suppose we all know what I’m, referring to, or?

Fixed: I just had to rename the teletype package and the core package too, save it to a .zip again and everything installed.

I don’t know if it is feasible, and I’ve read some questions regarding similar stuff on the forum, but what really would be great is to record sample slices manually.
It would be great being able to record live and add markers while recording with the push of a button or a trigger, in order to start recording a next slice.
Would save the time diving into the edit menu to slice it up after recording when playing live, in a varispeed sampler with a shared buffer for example. Powerful live options that way.

Auto-slicing is a feature in Sloop already btw, but global improvements could certainly be made in this area as well. In particular syncing slices across buffers seems a little buggy since it’s a bit of a hack.

(Hopefully it will meet the theme, but) having a clear buffer trigger for Feedback looper would be amazing

Oops! This should be fixed now. Thanks for letting me know.

When I say sampling I mean anything to do with buffers of audio both the real-time-recorded kind and the loaded-from-a-file kind.

Was playing with sloop the good part of last evening. The auto slicing part works, more or less, but the slices are not registered in the buffer as slices for other sample players to use. So I’ll repeat my request: some kind of way to add slices manually live would be highly appreciated.

Cool, thanks. Does this mens that you’re not dismissing the idea of working on this?

The ability to preview audio files without cutting out the audio of samples that are currently playing.

Last 3 requests have been added to the project with a MAYBE status(*). Thank you!

(*): FYI, all feature requests are initially added with the MAYBE status.

If you’re familiar with Morphagene, there’s a feature where if you turn the Morph knob past 3:00, the sample starts to pan, and jump (I believe) octaves and fifths. It’s a really cool effect. I don’t know if you’d want to copy them, but that would be a great addition to the granular playback units in the new firmware.

But, why? This can already be done with a modulation signal of your choice and a Scale Quantizer into the V/oct input of the granular player. Per-grain pan is also already there for you to modulate to your heart’s desire.

Would love to be able to change samples without deep diving into menus. Use case: in a live set I have a collection of sounds addressable via slices. I’d love to be able to load an entirely different file with the press of a button (edit: round robin would be cool), or a fader (doesn’t have to be audio rate, though). Currently I keep these in the pool and enter the menu to load from pool, but that sucks in a performance situation. I’ve tried having clones of my players bypassed but bypassed units also eat CPU and I’m maxed out so that’s not ideal either (and clunky). Even in non performance situation it would be dope to have a player that was configured to swap between many different files, just to see what fits in the moment.

really sorry, but i thought it’s better to ask this here – most probably it’s me.
after installing 0.7.0-dev1 neither core nor teletype packages were installed. i installed the first version of the package, the one that had wrongly named .pkg files in the zip, after that i’ve reinstalled the fixed version and still no core or teletype units are present. tried deleting the ER-301/v0.7 folder and reinstalling everything, it didn’t help. Should I do something with the internal SD card to fix it?